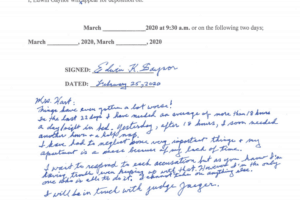 Gaynor refuses to appear for deposition 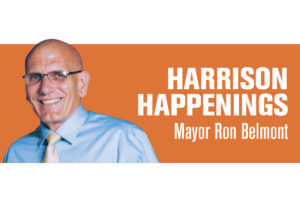 Harrison’s Historical Preservation Board has updated the display case in the lobby of Town Hall, with memorabilia highlighting our town’s sports and recreation events from long ago. Features include photos and articles on the Silver Lake Ski Jump, which started in 1929, and the Thunderbird Classic held at Westchester Country […]

Protecting your home in severe weather

The Building Department would like to remind residents to use extra precaution in protecting homes from severe weather. There are a number of things you can do to protect pipes from freezing: drain and store hoses; close inside valves that supply outdoor hose bibs and then open hose bibs to […]

Good news and the new year

I would like to take this time to extend my warmest wishes for a prosperous and healthy new year. I hope you and your family had a happy and festive holiday. I want to thank you for all your support over the last year. The town board has achieved incredible […]

A fall carnival and resistance on film

Back by popular demand, Harrison’s Elementary Enrichment Committee is hosting their third annual Fall Carnival to benefit enrichment programs at all four of our district’s elementary schools. Games, food and rides will be featured at Louis M. Klein Middle School on Friday, Sept. 22 from 6 p.m. to 10 p.m.; […]